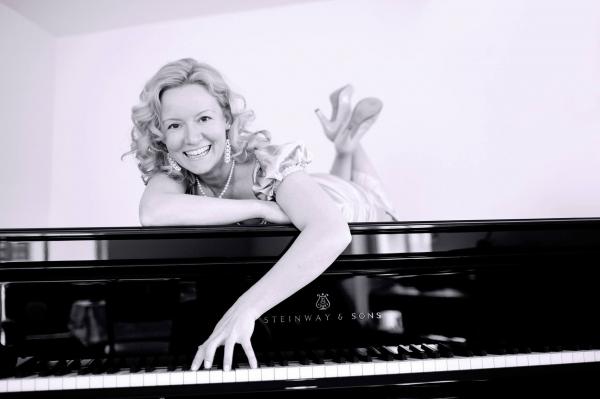 by Yulia Berry at 26 July 2017
"I think I am a strong-willed and honest person - I always say what I think, whether people like it or not. I always go my own way and not the one that people want me to." Ivajla Kirova


Ivajla Kirova: Hello Yulia, with pleasure! Since 1997 I've been living in Munich, Germany, but I was born in Bulgaria.

I am aware that you don't come from a musical family. In spite of that, nothing stopped you to pursue and achieve your dream of being an accomplished musician.  When did you first make contact with classical music?

I started to play the piano at 7 years old. My parents are not musicians, but we had a piano at home (my sister had studied the piano for several months and then gave up). One of my neighbors studied to be a pianist and she did not have a piano at home. Therefore, she was every day in our home to practice the piano. I will never forget my enthusiasm when listening to her piano playing and how wonderful she played the last Etude by Chopin (op.25 No.12). When I heard this piece, I immediately decided that I also want to play the piano. I kept saying it to my parents until I got my first piano lesson.

Do you have a story to tell from the time when you were a student?

Yes, I do have one from my childhood. At one of my recitals as a child at the music school, I came on the stage and began to play, but suddenly in the middle of the piece the power went out. People got confused and panicked, looking for candles and matches, but I continued to play. My friends still remember that I finished my Sonata without interruption and error-free. The electricity came back, when I was at the end of the piece. All people in the audience were amazed and asked me how I could continue in the darkness with no problems. But it is not necessary to watch the piano keys constantly, they can also be felt intuitively.

What profession would you have embraced, if you were not a musician?

My two great passions are music and flying, so if I were not a pianist, I could have only been a pilot. It was also my childhood dream. Only flying could make me as happy as music does.

What qualities do you think an accomplished musician should have?

Just having a talent is not enough - you must have a very powerful personality to cope with numerous challenges in the artistic life. Good mental endurance is also extremely needed for the stage. And the most important quality of course is to be yourself, not to copy other well-known musicians, have a courage to go your way and achieve your own goals, even if it seems impossible.

What kind of person are you?

Actually I do not like to talk about myself, but others say to me that I am very courageous. I think I am a strong-willed and honest person - I always say what I think, whether people like it or not. I always go my own way and not the one that people want me to. True Aries from Zodiac...

Who are your favorite composers?

I would not say I have favorite composers. It is hard for me to be limited by selecting only some of all those I like, but I love very much Sergei Rachmaninov and Johannes Brahms - so different and so beautiful, each in its own way.


How and when did you start composing? Who influenced you the most?

I wrote my first piano miniatures on my own poems at the age of 16-17. This was the time of a big change for me, because I was selected as a first junior student of prof. Dora Lasarova at the State Music Academy in Bulgaria and I had left my parents at home to move to Sofia.

What is behind your creative process?

Inspiration and a lot of good knowledge, not only in music.

Do you think it's possible to make two aspects, such as gaining the well-deserved popularity and unfolding and developing your free creativity work well together?

Yes, If you have a strong personality. However, if you cannot enforce your own ideas - then it is probably not. We say in Bulgaria: "You cannot make a whistle out of every tree."

Could you, please, tell me the story of your beautiful 11 Variations on the Bulgarian folk song “Hoisata”?

I would like to let the audience’s imagination run free and do not influence it with my own story... I will only say a few important things. „Hoisata“ is a Bulgarian folk dance from the region Schumen, in the asymmetrical meter 9/16 (9/16=2+2+2+3/16). The Bulgarian word „Hoisa“ means "round dance", and also "jump, shake oneself". The dance is fast and happy, with vigorous jumps. It is danced by pairs of men and women. In the middle of the 19th century the folk dance „Hoisata“ was very widespread and popular in Bulgaria.


Which of your compositions do you love the most and why?

Maybe my “Bulgarian Dance” for two pianos with its irregular Bulgarian rhythms.

Musicians such as Hans von Bulow, Clara Schumann, Fritz Kreisler, Ysaye or Joseph Joachim were famous performers-composers who, besides playing their own music, also played and promoted the music of other composers of their epochs and they proved not to be wrong at all because the names of  Schumann, Tschaikovski, Brahms, Chausson, Elgar or Bruch are customary in the programs of all Philharmonics in the world.  Besides being a composer, you too are such a promoter of other living composers’ works. What is the criteria by which you recognize the value in a new composition? Is it the feeling or your rationality that makes you aware of it?

The criteria is quite simple - one either gets goose bumps or doesn't. The music itself shows us its power much better than any other feeling or thought. As with many other things in life, the first impression is the most important and most correct one (at least for me it was always so).

Who are your favorite pianists and who has been the most influential pianist for your career?

My teachers and mentors – the famous pianists Gerhard Oppitz and Alexis Weissenberg. I love also the breathtaking recordings of Arturo Benedetti Michelangeli and had the great opportunity to get piano lessons with one of the few students of Michelangeli – professor Franz Massinger.

You are the Initiator of the establishment of the Association for the Promotion of the Bulgarian Music in Germany  and also the Artistic Director of the concert series "Bulgarian Musical Evenings in Munich". By that, you have been powerfully promoting the Bulgarian music in Europe. A great achievement for the Bulgarian Culture was the recent premiere of Kyurkchiyski's first piano concerto, performed by you in Germany!  What could you tell me about this work and how did you make this event possible?

Kyurkchiyski (1936-2011) is one of Bulgaria's mainstream composers. In 1979 he composed his first piano concerto on the occasion of the 80th Anniversary of his teacher Pancho Vladigerov. When the composing of the first movement was completed, Vladigerov died, so he decided to compose a funeral march in the second movement. This piano concerto is written in the style of the great master Vladigerov and music critics often called it "Sixth Piano Concerto by Vladigerov". The second movement, however, is entirely in the style of Kyurkchiyski and the sound of the bells makes us think about time and eternity and what a great Bulgarian composer had left us.
The German premiere was organized by the Association for promotion of Bulgarian music in cooperation with the Foundation of Yordan Kamdzhalov. It was also the first performance of this piano concerto abroad.


How does the audience abroad accept the Bulgarian music?  Do you have any memorable story from your concerts?

The audience was thrilled! Usually I have to work so much that there is no time for stories... but I remember one when I had to learn the second Chopin Sonata in one week and play it by memory on the stage. It was crazy, but I really did it and I still have my recording of this concert. I will not forget this exceptional experience.

What are the most loved Bulgarian compositions abroad?

The Bulgarian composers are completely unknown abroad, in Germany as well. For this reason, I initiated the “ Bulgarian Musical Evenings in Munich” and it was a great honor for me that our CD with Bulgarian music was selected as the “Recording of the Year 2016” by Musicweb International.

What advice would you give to aspiring pianists who want to make performing as their career?

For me, being a musician is not a profession, but a vocation. Nowadays many musicians are interested in the outer glamour and profit. I like a sentence by Michelangelo: “As long as the artist works to become a rich man, he will always be a poor artist".

You have been playing piano solo pieces, chamber music and works with orchestra. You have also been giving piano masterclasses all over the world. In which of the four formulas  do you feel the happiest?

I can not differentiate the four formulas, there is only one - music. Anything that has to do with music makes me happy.

It reflects wonderfully in my piano playing, but sometimes gives me problems in my every day life.  What I mean is that some people do not understand me, but I still love to swim upstream.

What are your next projects?

After the summer I will have a great concert with colleagues at the Munich Philharmonie, afterwards I look forward to my upcoming concerts in Shenzhen, Hong Kong, Kuala Lumpur and I hope to release my fifth CD with Kyurkchiyski’s first piano concerto next year.

Is there a question that you wished to be asked and you haven't been asked? If so, please formulate it and answer it.

Nowadays I hear so many colleagues talking about pride. They are proud of this concert or proud of that recording... To this topic I just want to say something important - the true art begins when the pride disappears. Musicians have to remember that. Even Beethoven said it so well:
“The true artist has no pride. He sees unfortunately that art has no limits; he has a vague awareness of how far he is from reaching his goal; and while others may perhaps admire him, he laments the fact that he has not yet reached the point whither his better genius only lights the way for him like a distant sun.” — Ludwig van Beethoven 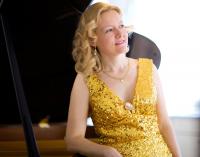 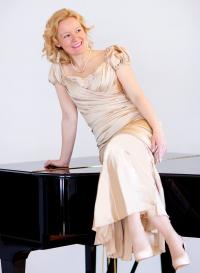